For Gold, Things May Just Be Getting Started

If you’re a regular subscriber to our Information Line and Always Something Interesting alerts, it won’t be news to you that financial markets are due a correction. In recent weeks, a number of prominent figures, including Trump, have been pointing fingers at the Fed for the stock market corrections. In fact, just today, Trump said of the stock market’s tumble, “It’s a correction that I think is caused by the Federal Reserve. I think the Fed is far too stringent, and they’re making a mistake.”

Even Bond Strategist for The Oxford Club, Steve McDonald, warned against the Fed’s rising interest rates, urging investors to “get out of stocks; it’s going to get ugly.” And if you’ve been following the markets over the past two days, you’ll have noticed the Dow Jones Industrial Average (DJIA) fell a jaw-dropping 832 points for the biggest correction since early February. 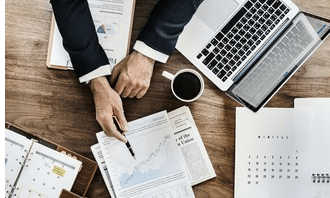 We’ve been sharing this message of warning to our readers for a while now, and we can’t emphasize enough how important it is to prepare your portfolio by taking some of your profits from the stock markets now and moving them over to gold while it’s available at such a heavy discount.

In recent weeks, gold has been trading at its lowest levels in over two years, but it’s now finally starting to see upward movement following the stock market’s plunge. Today alone, gold is up almost 3%, sitting just shy of $1,225 per ounce. Nevertheless, even with its gains, gold is still trading low and in range.

If you take a look at our October Perspective, you’ll see exactly why we believe now is a better time than ever to buy gold. Think about it, wouldn’t you rather get in now while gold is trading at an $125 discount to its April levels? We’re not telling you to ditch stocks entirely, but you’ll be thanking us when you’ve moved some profits to gold in advance of a bigger correction than we’re seeing today.